With the Tigers splitting the series with the Cubs last week, then losing game 1 of the series with the Athletics this week, the Edmonton Cubs officially clinched first place in the regular season at 11-3. Now at 12-4, Edmonton has just one series remaining, against the Sherwood Park Athletics whom officially claimed second place following a sweep of St. Albert this week. The playoff picture is slowly starting to come together; Here is a look at how things shape up right now: 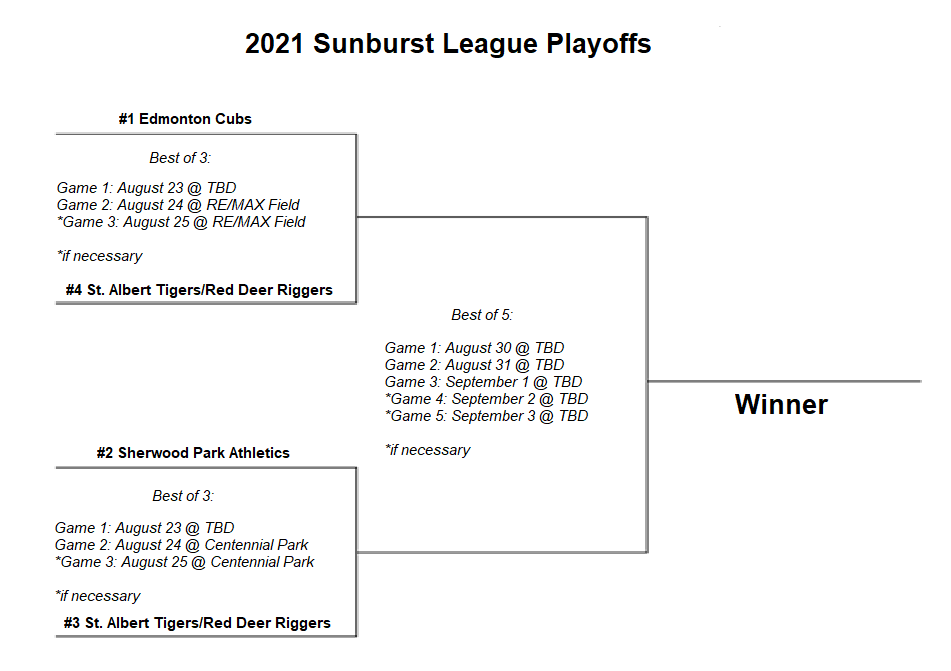 Here are the standings with 2 weeks of regular season play remaining:

While the Cubs and A's prep and fine-tune for playoffs in their final 2 games of the regular season at Centennial Park next week, the Riggers and Tigers will be playing for a little more on the line. Specifically, at 1-1 in the season series and only 1 game separating them in the standings, third and fourth place are up for grabs. As Red Deer and St. Albert have 2 games to make-up as well, they will be seeing a lot of each other the next couple weeks:

The Riggers will need to win at least 3 of the 4 games to claim third place in the league standings.